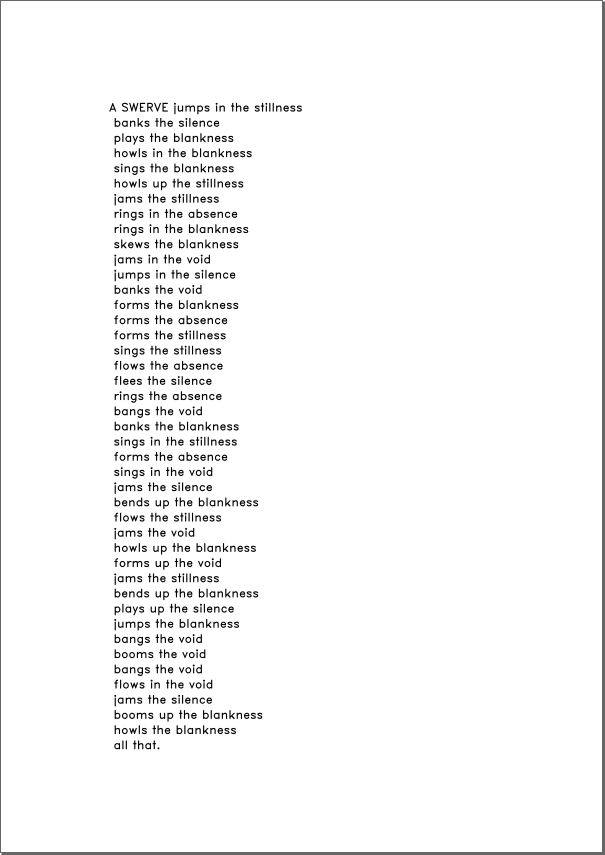 "All Singing" is a poem created by Nick Montfort that describes the creation of the universe using a Perl script. Nick released the code in the public domain. Thanks Nick!

I've changed it a bit. These are my mods:

My version of this universe was created ;) using Inkscape and Hershey's sans medium font. The SVG file is here for download.

You can buy a physical concretization of this poem at paperview.